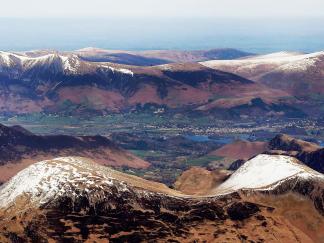 Cumbria Trust welcomes UNESCO’s decision to make the Lake District a World Heritage Site.  In doing so, UNESCO has recognised the importance of protecting the landscape for future generations.

It is striking that a global organisation based in Paris is more aware of the need to protect the Lake District than Copeland and Allerdale Borough Councils, both of which voted in 2013 to include the Lake District in a search for a burial site for the UK’s vast stockpile of nuclear waste.

Copeland and Allerdale failed in their duty to protect the Lake District as well as other special areas such as the AONB near Silloth.  Fortunately Cumbria County Council, led by Eddie Martin, recognised the failure of the borough councils and vetoed their decision.

Cumbria Trust looks forward to working alongside UNESCO and other organisations to ensure that Cumbria’s unique landscape cannot again be threatened in this way.  Even the Nirex process of the 1980s and 90s recognised the need to exclude environmentally sensitive areas from the search area, so the failed MRWS process of 2008-2013 should serve as a lesson to those designing the next search process.  Failure to protect environmentally sensitive areas will lead to loss of public confidence, and ultimately failure of the search process.

If the UK is ever to deal with its large nuclear waste inventory by finding a site for geological disposal, it must examine and recognise its previous failures.  Recent attempts by Cumbria Trust to make the new body responsible for the process, Radioactive Waste Management, do just this have been brushed aside.

“If an organisation refuses to learn from its mistakes, it is likely to repeat them.”

A Voice for Cumbria
View all posts by cumbriatrust →
This entry was posted in News. Bookmark the permalink.